How To Prepare For A Recession

What comes to mind when you hear the word “recession?” For most people, a recession is a period marked by uncertainty, anxiety, and fear of the future — and for a good reason. We’ve seen how economically devastating these periods are.

When the dot-com bubble burst in 2001, about 2.7 million people lost their jobs. Several years later, the housing bubble burst in what is now known as “The Great Recession,” and the unemployment rate skyrocketed from 5 percent to 9.5 percent. It also continued to rise for several months after the recession ended. Gas also peaked at $4.11 per gallon, which would be $5.49 per gallon in 2022 when adjusted for inflation using this handy calculator by the U.S. Bureau of Labor Statistics. Sounds bad, right?

But what if I told you that a recession is also a period of potential opportunity? 😄

More millionaires were made during the Great Depression than any other time in American history. During the 2020 recession and pandemic, 5.2 million people became millionaires for the first time, according to Credit Suisse's 2021 Global Wealth Report.

This proves that not only can you survive a recession — you can come out of it wealthier than ever before. So what really happens in a recession? Let’s break it down, so that you understand what a recession is, how to prepare for one, and why it’s worth taking action to make sure you’re ready if and when a major economic downturn occurs.

What is a recession?

In 1974, economist Julius Shiskin created a tell-tale list of recession indicators. While most of the factors on his list may be contestable, one indicator still stands strong. A country is officially in a recession when its total economic output (measured as GDP) declines for two financial quarters (or 6 months) in a row. 📉📉

This definition isn’t perfect, but it’s a start.

In the U.S., the National Bureau of Economic Research (NBER) is the deciding authority on whether we’re in a recession or not. NBER looks at more than GDP.

How long do recessions last?

The truth is, there's no telling how long a recession will last. It can be anywhere from a few months to over a year, but the common thread amongst them all is a significant decline in economic activity. In the past 50 years, the U.S. has had 19 major recessions. The longest one went on for 16 months, while the shortest one was two months long.

How do recessions impact families and communities?

A recession affects more than our bank accounts; it affects our relationships too. Harder economic times suddenly mean that we go out with our friends less, and we might even argue with our significant other more. 💔

Families suffer the most as most changes tend to happen here first. In times of recession, families commonly struggle with:

Some families and communities struggle disproportionately during economic downturns. Minorities, immigrants, and families living below the poverty line are often the hardest hit. A Stanford study shows that Hispanic households lost 66% of their wealth during the Great Recession, black households lost 55%, and white households lost 16%. This created a ripple effect on the overall health of these communities that’s still felt today.

Unfortunately, there are very few communities that don’t feel the effects of a recession. You might see ‘for sale’ signs popping up in our neighbors’ yards, a loved one could lose their job, or you may witness some of your favorite local businesses struggle to remain open. The result when a recession hits is a significant change in the community. 🏘️

How can I prepare for a recession? 🤔

Whether it’s happening now, in 2023, or 2053, a recession is a natural and inevitable part of the economic cycle. Preparing for one ahead of time will give you the best odds of making it through unscathed. Below are a few practical measures you can take to protect yourself and your family from a trough in the business cycle.

1. Know where you stand financially

Reassess your financial situation. Some good questions to ask yourself are:

When you have a good understanding of how you spend money, it’ll help you anticipate how much you need in your emergency fund.

2. Prioritize which debts to pay

A survey by CNBC shows that out of 2,000 Americans, 44% are worried about being unable to pay their bills during a recession. While it may get difficult to pay all your bills on time, it's crucial to do the best you can with the cash you have. You can also consider negotiating for lower interest rates for your credit cards and asking your student loan issuer for a hardship application.

Another way to pay off your loans is by consolidating your debt through a personal loan. The practice has become so common that roughly 6 out of every 10 Americans (57.6%) seeking personal loans in Q1 2022 reported doing so to consolidate and pay down existing loan or credit card debt.

Debt consolidation combines multiple debts, letting you make a single monthly payment with a singular interest rate. It's great for people who have manageable debt and a steady income – however, it may not be appropriate for everyone. 🧐

Your personal credit score will affect the interest rate you’re offered on the consolidation loan, so be sure to compare it with rates and monthly payments you already have on your current debt using a tool like this free Debt Consolidation Calculator.

Any solid financial plan has an emergency fund. More than just a savings account, an emergency fund is a pool of money you've committed not to touch until your circumstances are dire. Ideally, you should strive to save up an amount that would be enough to cover at least 3-6 months of your living expenses in case of an unplanned emergency expense or an unexpected loss of income. Aim for higher if you're the sole breadwinner or have medical expenses.

No amount is too small to save!

Main Takeaway: Being prepared for a recession will help you emerge stronger

All things in life must come to an end, and recessions are no different.

Preparing your household’s finances to bear a downturn in the economy will not only give you peace of mind, but it will also put you in the best position to come out financially stronger when the economy begins to recover. 📈📈

Since asset prices tend to drop lower during a recession, whichever investments fit your individual goals and risk appetite before may appear more affordable if your cash flow can continue to support them. If you’ve still got leftover cash after you’ve paid down debts and topped up your emergency fund, you could be able to take advantage of some favorable opportunities. 👀

Alternatively, if your savings begin to run thin due to job loss or an emergency, it’s important to know which options you have available to support you until your financial situation stabilizes. Consider seeking creative ways to quickly supplement your income or reaching out to a trusted friend or loved one that may be in a position to lend you some money on flexible terms.

Preparing for a recession ahead of time is much more than just protecting yourself in the short-term: in reality, you’re also setting yourself up to build a better financial future once things turn back around. 🙌 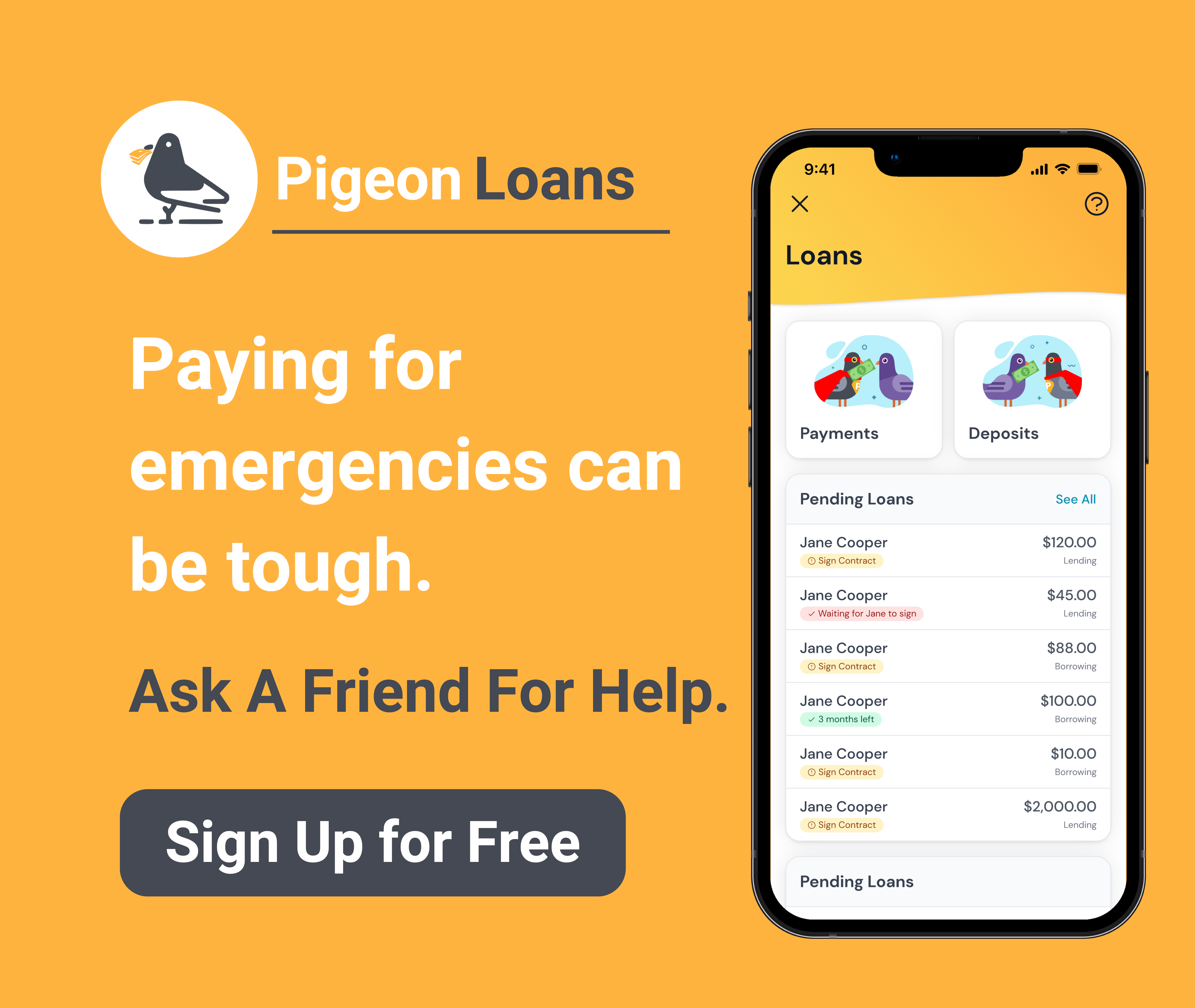 Want to read more related content? Check out some more of our awesome educational pieces below: